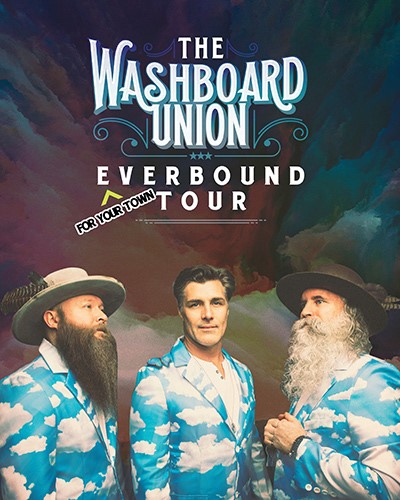 As the three-time reigning CCMA Group of the Year and five-time CCMA Roots Artist/Album of the Year, The Washboard Union are among Canada’s preeminent country bands, and one of the most talked about Canadian bands today. Led by step-brothers Aaron Grain & Chris Duncombe and their best friend David John Roberts, The Washboard Union share a love for the art of song writing and storytelling that has resonated with audiences from North America to Europe. Certified Gold twice in Canada, the band has had seven Top 10 hits and numerous top 20 hits, and was the first country band to win the JUNO Award for Breakthrough Group of the Year; a multi-genre category. On their latest album Everbound, released in April 2020, The Washboard Union keeps the good times rolling with an irresistible blend of roof-raising anthems and poignant ballads, coupled with their impeccable three-part harmony and top-notch musicianship.