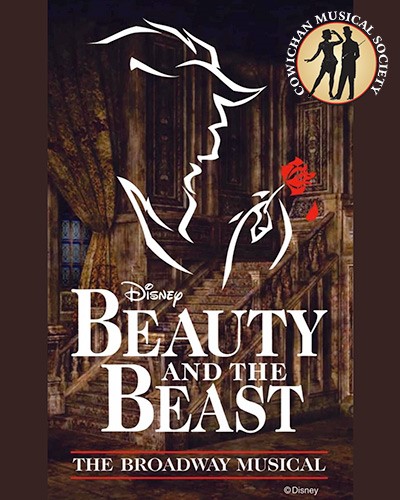 Disney Beauty and the Beast presented by Cowichan Musical Society.The story is of a Selfish Prince who is Transformed into a Beast and a young Woman named Belle whom he Imprisons. To become a Prince again, he must win her love before the last petal falls from an enchanted rose and turn him and all the palace servants into permanent objects! Join us for Disney”s Broadway hit musical with an all star cast from the Valley! You will see all the beloved characters which include Jamieson Wickham as Beast/Prince, Georgie Weeks Heyd as Mrs Potts, Grant Mellemstrand as Lumiere, Jim Cleough as Cogsworth, Christine Fagan as Madam De La Grand Bouche, and Amy Hovey as Babette and introducing Canadian Joey Award Winner for best young actress in a Musical, Alora Killam as Belle.