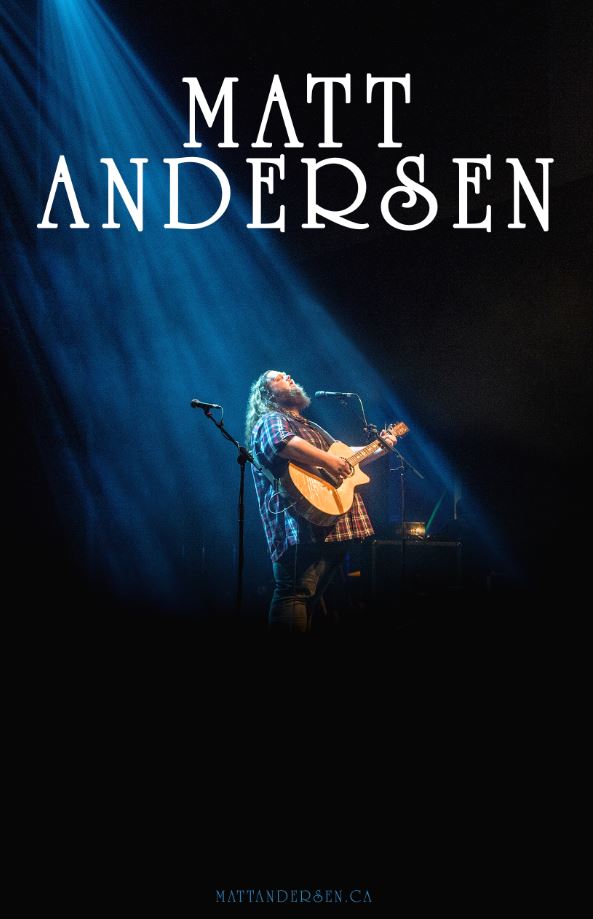 A powerhouse performer with a giant, soul-filled voice and commanding stage presence, Matt Andersen has built a formidable following the old-fashioned way: touring worldwide and letting his stunned audiences and new devotees spread the good word of his righteous tunes all over. Moreover, the world has indeed woken up and discovered him, helping him amass over 18 million views on YouTube.

Andersen nabbed the 2013 and 2016 European Blues Award for Best Solo/Acoustic Act, three Maple Blues Awards in 2012, and was the first ever Canadian to take home top honours in the solo/duo category at the 2010 International Blues Challenge in Memphis. Since the release of Weightless in early 2014, Andersen has received a JUNO nomination for Roots & Traditional Album of the Year, a CIMA Road Gold award, and six Maple Blues Awards for Male Vocalist of the Year.

With his latest and tenth album, Halfway Home by Morning, Matt collects all the essential elements for a down-home ramble and shoots them through with enough electrifying energy to drive the rock ‘n’ roll faithful to simmer, shimmy, and shake. Over its 13 tracks, he explores every facet of his sound—sweat-soaked soul, incendiary rhythm and blues, heartbroken folk, and gritty Americana—and binds them together with palpable heart.